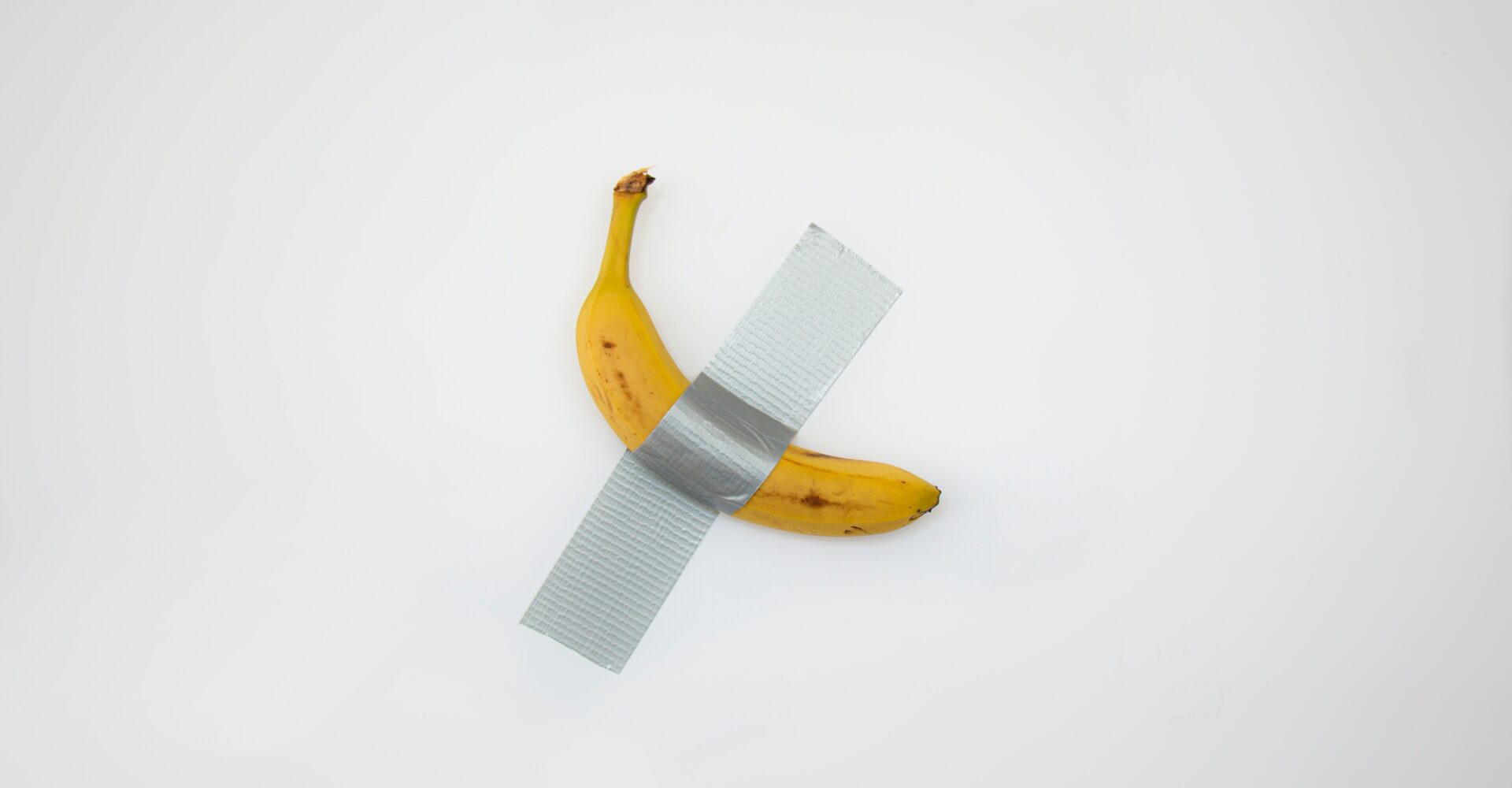 When Frank and Jammie were executed in 2002, New York police gained a large following following the rise of patriotic and sympathetic sentiment following the 9/11 terrorist attacks.  “This is a good time because it’s the wrong time. I did not want to comment on the New York police or 9/11,” said Cattelan, who was a New York resident at the time.

Examining the relationship between Frank and Jammie and the tragic events of 9/11, Nancy Specter, curator of the Guggenheim Museum, said: “The Cattelans’ treatment of the New York City police is not a simple anti-organizational crackdown, but an empathetic response to the inevitable shortcomings of government employees.  This is much deeper than ridicule of police corruption.  The twin towers of the World Trade Center are reminiscent of the tragic events of September 11, 2001. Although what Cattelan says in this reversal is the impossibility of protecting the police and the government.  , Is an innocent citizen in the face of catastrophic events … While Cattelan denies that his work was a direct reaction to 9/11, this mournful statue, like his works of the Pope and Hitler, has a kind of contradiction. “

Miniature copies of the artist himself

In addition to the hyper-realist sculptures, Cattelan also made small wax versions of himself under the title Mini me-  and placed them in various positions.  One of the works in My Little Collection, exhibited at the Migros Museum in Zurich in 2000, depicts Cattelan in a large gallery as he sneaks out of the auditorium and is embarrassed to have no more ideas for the exhibition.  His other little one sits carelessly between the shelves of art history books and looks around as if he has nothing to offer.  This is a kind of self-denial and self-denial that can be traced in many of Cattelan’s works.

In We Are Revolution- LaRivoluzionesiamonoi -, a miniature sculpture of the artist himself, the Cattelans hang from a wardrobe designed by Marcel Breuer and a felt suit, reminiscent of the gray felt suit of the late German artist Joseph Boyce in the 1970s.  It bears the first example it produced.  Cattelan also engages in art history, and in particular with Boise, in various ways.  Like Boyce, he uses his image to create meaning in his work.  Even Cattelan’s constant assertion that “I am not really an artist” is merely reversing Boise’s statement that “every human being is an artist.”

Maurizio Cattelan’s Exhibition: “All “is not an exhibition in the form of a review of works based on a particular course in the artist’s life.  It is all a complete confession of the impossibility of showing Cattelan works in the form of an ordinary exhibition.  That Cattelan had always resisted.  Instead, it creates a special atmosphere in all the artists that cunningly celebrates the artist’s rebellion.  This exhibition brings together almost all of the works created by the artist since 1989, and displays numerous works with a very strange appearance from the top of the circular dome of the Guggenheim Museum.  Avengardi compacts all the activities of the Cattelans to date into a three-dimensional catalog.  The exhibition is, in fact, an exercise in disrespect for art, in which the artist hangs all his works, which were separate objects of separate interpretive value, on a rope to dry.  Cattelan has previously used the motif of hanging and suspension, the most important of which was Nochanto’s taxidermy, but in all of this hanging takes on epic proportions.  Hanging by rope explicitly shows the healing of these objects and extends the concept of death into the artist’s work.  This installation was considered a work of art on a huge and tragic scale in its time. 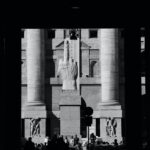 The Indianapolis Museum apologized for sending the “white art” job 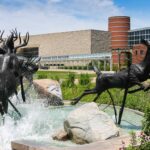