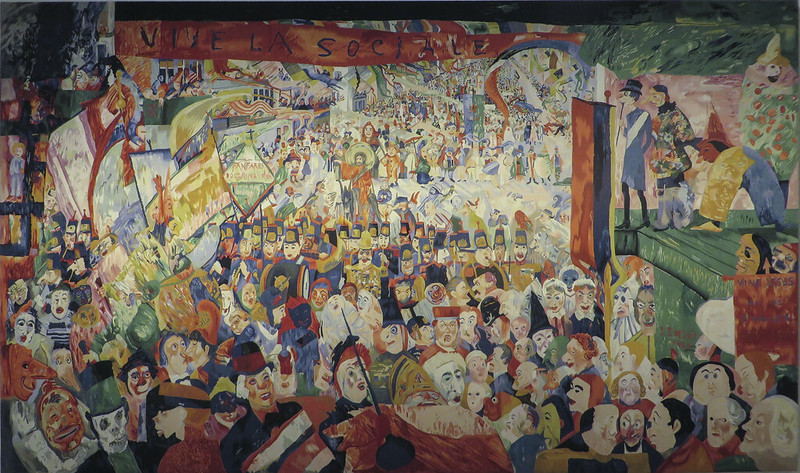 From 1915 onwards, Baron Ensor spent more time writing fiery speeches, harsh critiques, and pamphlets condemning the destruction of the environment. The older painter uses softer and more harmonious colors. Along with the inanimate nature, flowers and landscapes, he paints the landscapes of paradise and the gardens of love, in which the first naked bodies appear in the form of delayed fantasies. (Interestingly, he paints love parks after his mother dies). Ensor passed away on November 19, 1949, and thousands attended his funeral; it is as if the dream of his greatest painting, the arrival of Christ in Brussels, has become a horrible reality.

In addition to captivating and magnificent paintings, Ensor has also created weak, shortsighted, and worthless works that lack visual or expressive quality. This discrepancy needs to be explained. The delusional nature of Ensor’s art and the extreme instability of his “I” manifested in his paintings and writings place his collection of works on the margins of the modernist developments we have examined so far. However, for this very reason, these characteristics are important in understanding the psychological conditions that determine the creative process in general.

The process of creation in Ensor’s works does not show any favor to the viewer’s taste and understanding. This process is subject to the pressure of irrational, gloomy ideas within the artist that emerges in the light of expression. Ensor’s achievement lies in the ability to accept this cohesive pressure to co-operate on these effervescent ideas – which are also related to the essence of those ideas – and this account of his artistic endeavors is not subject to objective and self-regulating rules or ideals but to emotions and “inner affirmation.” He is. Unlike the mentally ill who are dominated by their delusions, Ensor manages to deal with his delusions in a way that irrigates his “I”.

He gives form and expression to those illusions and recreates them out of the existence of the “self” as a visual reality. Therefore, his position is neutral: by banishing his delusion to the canvas, he frees himself from it. However, when such illusions fade away and the inner pressure disappears, the absence of a binding relationship with a superior spiritual structure manifests itself in his art. The more successful the ensemble is, the less prominent it is. Deprived of critical insight, he succumbs to the seduction of praise and becomes more dependent on the delusions that he sees as the source of his success. Magnificent fantasies and the narcissistic rage of ridicule take over the “I” and invade the realm of that image-making realm. Delusion is not a stranger or a threat, but an ideal: the art of Ensor is conditional on the admiration of the “self.” His works lose their expressive power and become explanatory. The result is kitsch.

In Ensor’s paintings, either we encounter an artist who gives an objective aspect to his anxiety and delusions, or we see an angry, selfish person who uses inappropriate means in an attempt to adorn his self-image and worldview with imaginary reality. Nevertheless, Ensor is one of the pioneers of modernism and the forerunner of surrealism due to his success in creating compelling images of his delusion at its earliest peak. 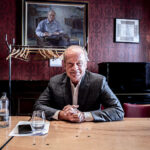 What is a portrait? 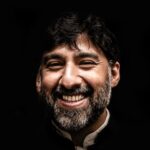