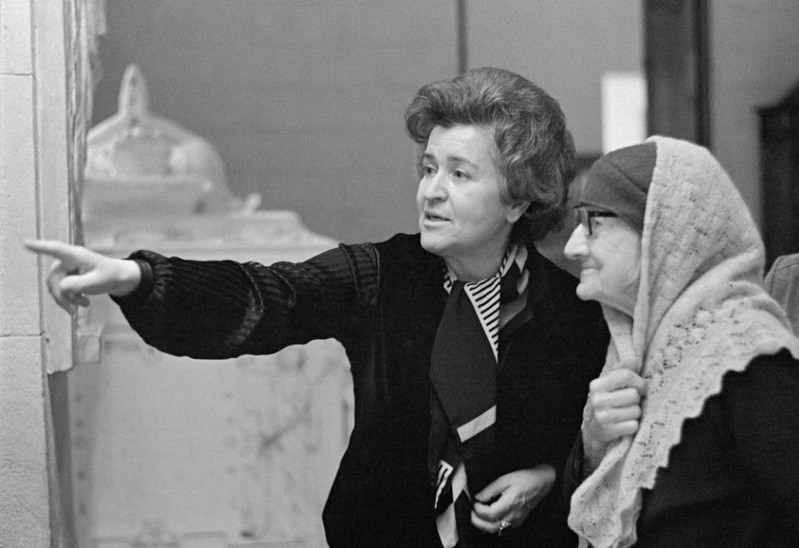 Irina Alexandrona Antonova, a woman with an iron character. What always amazed him was her stoic personality, brilliant intellect, lively mind and curiosity. And also a royal style: a skirt suit in the spirit of Chanel, thin pumps with aristocratic behavior and high head. In this she resembled the Queen of England. But for all her restraint, she did not know how to speak indifferently about art – only with enthusiasm. She always had her own independent opinion and knew how to defend it. Swim against the tide, choose your path. Therefore, she succeeded in the impossible.

It is impossible to give a brief account of the life of this amazing woman, here are just a few touches. Irina Antonova was born in 1922 in Moscow. She inherited her love of theater and music from her parents. Her father, Alexander Antonova, left the St. Petersburg workplace: he was a ship electrician and later head of the Institute of Experimental Glass. Her mother, Aida Khifits, graduated from high school, but her fate was difficult; she worked as a typist in a printing press (she died at the age of 100). The family lived in Germany for four years, but returned to the Soviet Union after the Nazis came to power. After school, Antonova entered the Moscow Institute of Philosophy, History and Literature and, having not yet completed it, came to work at the Pushkin Museum. It’s hard to believe today, but when she arrived at the museum that became her home almost 70 years ago, she thought it was a “box” with “not enough air.”

At that time, Antonova had to wait for 5 hours for the audience, because her daily schedule was full of meetings and negotiations. This small touch to the portrait reflects it: Irina Alexandrovna is accustomed to working hard, even at the age of respect. This may be the inherent resistance or hardship of the survivor of the war, but that was her job in Pushkin from the beginning – to overcome it. She came to the museum as a young art critic, a specialist in the Renaissance, and thus created a revolution similar to the revolution in art at the beginning of the twentieth century. In 1961, she was the director of the museum, at which time she still could not recover from the consequences of the Great Patriotic War. The unique stained glass windows of designer Vladimir Shokhov – the glass roof above the Italian courtyard – were broken.

She always started the most daring projects and said: this is the policy of the museum. And the most daring of them was the reconstruction that Irina Antonova wanted to hand over to the architect Norman Foster. For the first time he talked about the details of the project on the walls of Moskovsky Komsomolets. Then, in October 2008, shortly after the Venice Biennale, where Foster presented his plans, Irina Alexandrouna came to our office to give an important press conference. She dreamed of a modern building full of light and air, which was scarce when she entered the museum. In addition to rebuilding the main building and turning the entire territory into a single “museum city”, two new buildings were to be built – a concert hall in the eastern part of the neighborhood (the most famous type of “five leaves”) and a tank in the western building. However, these ideas did not take into account the boundaries of historic towns and assumed the demolition of a number of ancillary buildings. The Foster project never came to fruition. As a result, a new competition was won in 2014 by Yuri Gregorian’s architectural firm Meganom, and work began that year. Irina Antonova fought for this project for a long time. Eventually, however, she was forced to resign as director by writing a statement of her own free will, replacing the museum director.

When Irina Antonova fell ill, she called a neighbor and she called an ambulance. She was taken to the city’s 64th Hospital and later to Commonarca – Antonova was diagnosed with the Corona virus. Despite all the doctors’ efforts, it was not possible to save him. As Kartnikova recalls, Irina Alexandrovna was most afraid that Borya would have no one to leave when she left. “Without drama,” Marcus Aurelius said. It was all about Irina Antonova. 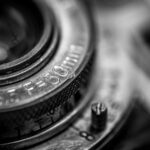 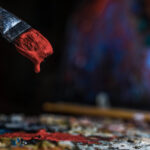