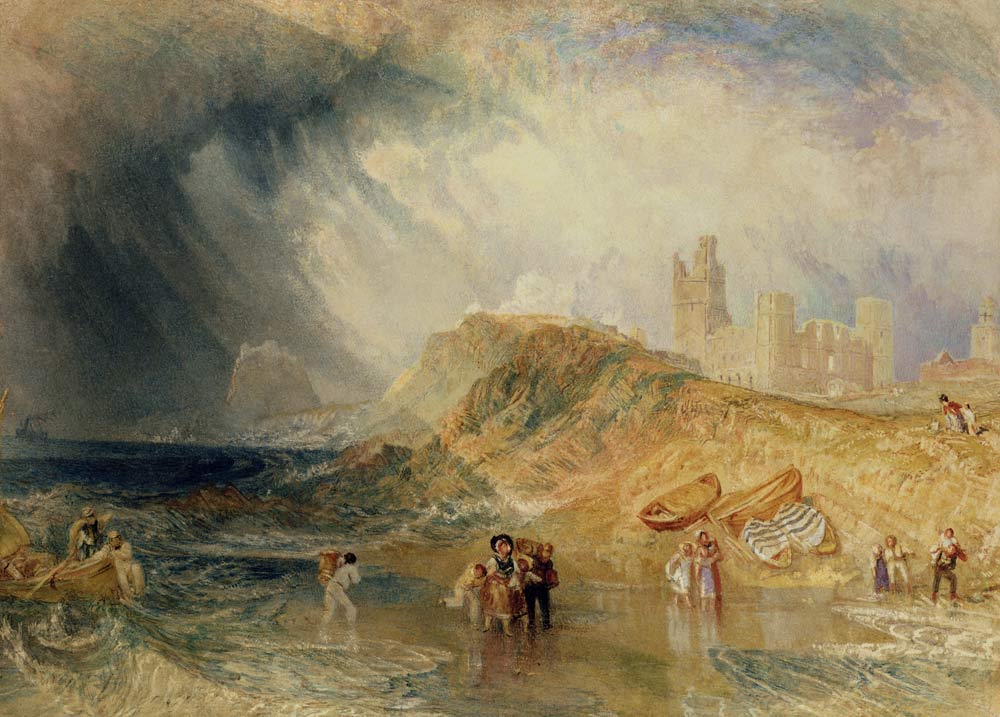 Joseph Mallord William Turner, better known today by the initials J. M. W. Turner is known to have been a British romantic landscape artist who, in addition to painting, also worked in print. Turner was a controversial figure during his lifetime, but he is now credited as an artist who has elevated landscape painting to a competitor to historical painting.in this article we are going to provide Biography of William Turner.

Although William Turner is best known for his oil paintings, he is one of Britain’s greatest masters of watercolor painting. He is known as the “painter of light” and his work was the romantic beginning of Impressionism. 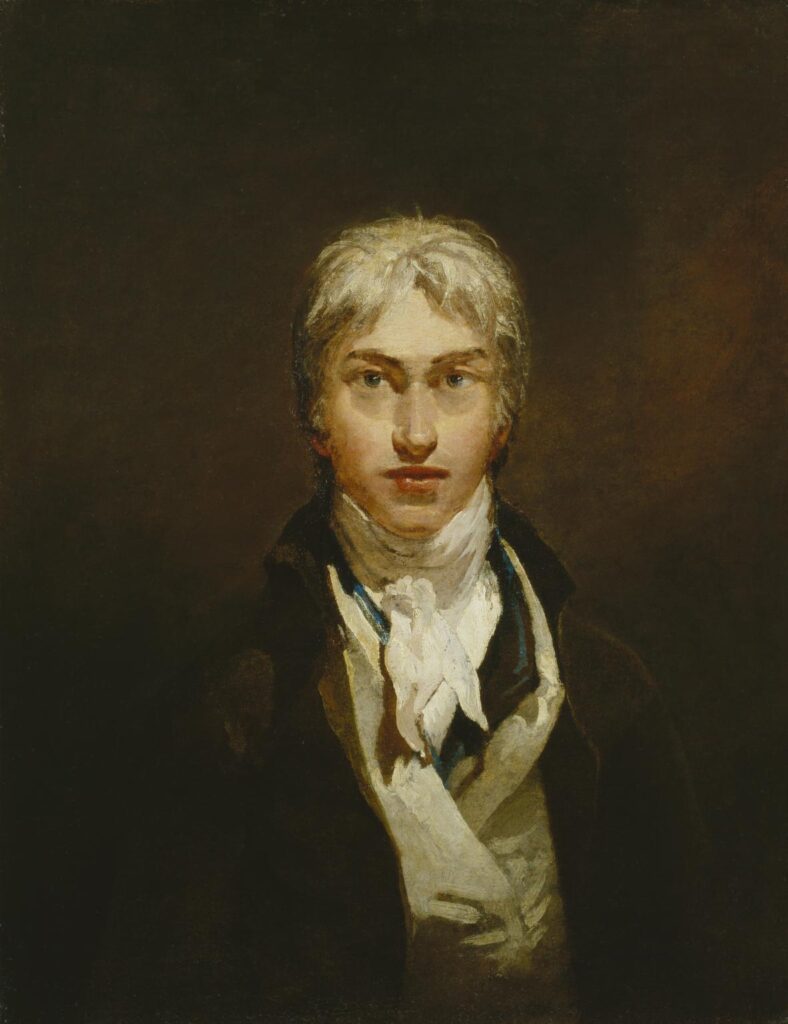 Take a look at Biography of William Turner

William Turner was born around 23 April 1775 in the Maiden Lane area of ​​London, near County Garden.

It is certainly difficult to determine the exact date of Turner’s birth, because in a sermon delivered in 1853, two years after his death, by John Ruskin (his longtime friend and admirer), Ruskin could not say exactly how old Turner was at the time of his death. Because the notes about his birth were lost in a fire.

His father, William Turner, was a hairdresser from Dionshire, and his mother, Mary Marshall, was from a butcher family. He also had a younger sister who died in 1783 at the age of four. 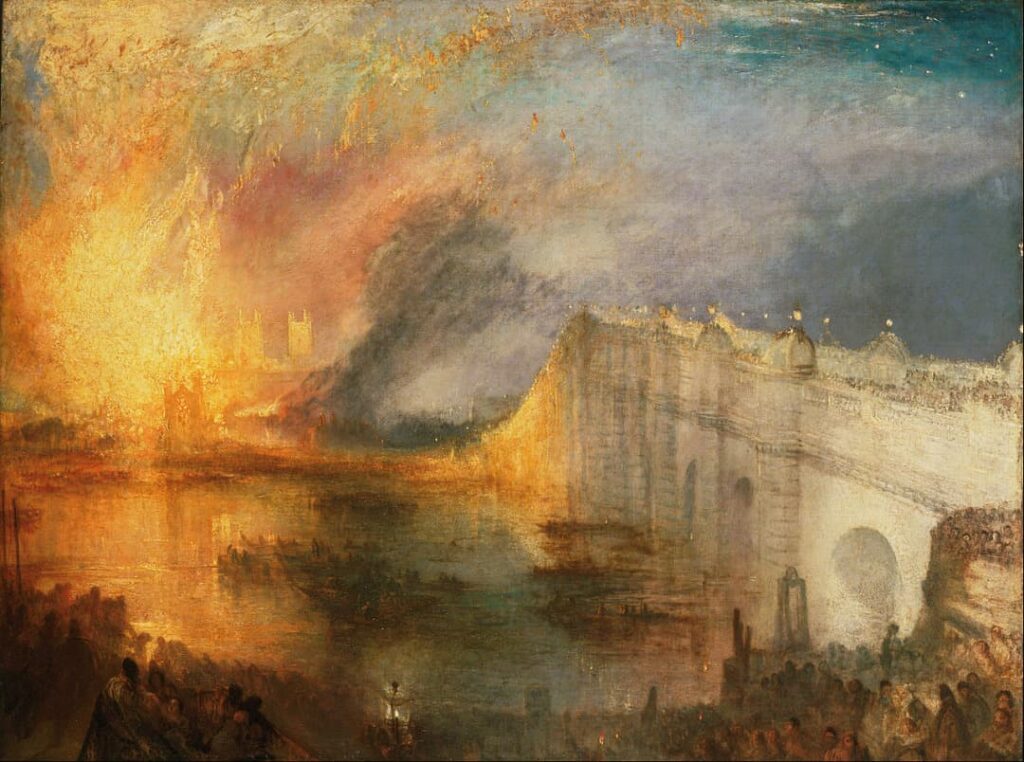 In 1785 the young Turner was sent to his uncle’s house in Brentford, a small town in west London. There have been a number of copies of engraved stereotypes of unique antiquities in England since his stay. The first surviving drawings of him date back to 1787, when he was about twelve years old. These designs are copies of prints by various artists that became Turner’s first watercolor subject. These early designs are crude as well as raw, but he progressed rapidly with constant practice and sometimes even received a small amount of money from buyers for his designs. In 1789, thirteen-year-old Turner lived with his uncle, who had just retired from Saningol Oxford. All of Turner’s designs since then have survived in one design book as well as the Oxford Watercolor Designs. His use of pencils in early etudes of oil paints formed the basis of Turner’s original method of painting for the rest of his life.

Many of Turner’s early designs are architectural studies and perspective exercises, and this shows that the young Turner worked with several architects. In late 1789, Turner also studied the topographic maps of Thomas Malton, whom Turner called his master. He entered the Royal Academy the same year, when he was only 14 years old, and was admitted to the academy a year later. At first he was very interested in architecture, but on the advice of Thomas Hardwick he pursued painting. His design work, “Lambeth, Archbishop’s Palace,” was accepted for summer screening only after a year at the academy. He has been at the Academy every year since then. In 1796, Turner exhibited his first oil painting, Fishermen at Sea, at the Academy. 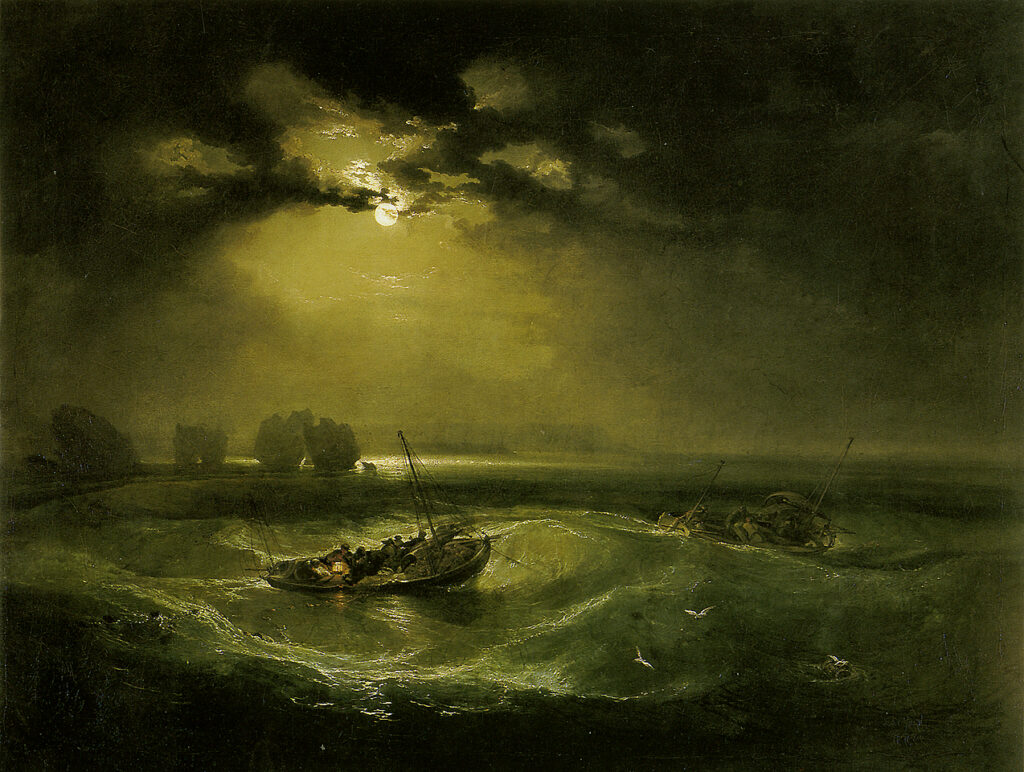 The older Turner got, the stranger his behavior became. He had few close friends except his father, who lived with him for nearly thirty years and worked as an assistant in his workshop. His father’s death in 1829 had a profound effect on him, and he later suffered from depression. He never married but had an affair with a widow and older woman named Sarah Danby. He believed he was the father of the woman’s two daughters, born in 1801 and 1811. In response to a biography that Raskin asked him to describe Turner’s main qualities, Ruskin listed the following traits: stubbornness, generosity, tenderness (severe), stubbornness (extreme), moodiness, and infidelity.

Turner ‘s talent was soon recognized in his life. Financial independence allowed him to innovate easily. His adult work can be described by his use of color palettes and his use of color to create large spaces. According to the history of David Popper’s illustrated art, his latest works were called extraordinary puzzles.

The best way to convey Turner’s ideas on issues such as sunken ships is fire, for example, “Burning Parliament on Fire” in 1834 (an event that Turner rushed to see and designed in his series of watercolors), natural disasters, and Natural phenomena such as sunlight, storms, rain and fog. He was fascinated by the savage power of the sea, and this can be clearly seen in “Dawn After Destruction” and “Slave Ship”.

Liber Studio is a bold print set by Turner that includes 71 of the 100 prints in 14 parts dating from around 1807 and 1819, with 20 almost half-finished etudes that have never been printed. This collection describes Turner’s feelings in landscape painting well. These etudes were intended for high reproduction and were included in 6 subjects: marine, mountainous, peasant, historical, architectural, and soothing peasant. 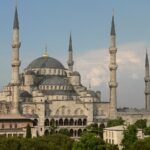 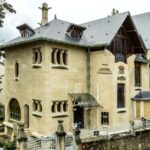