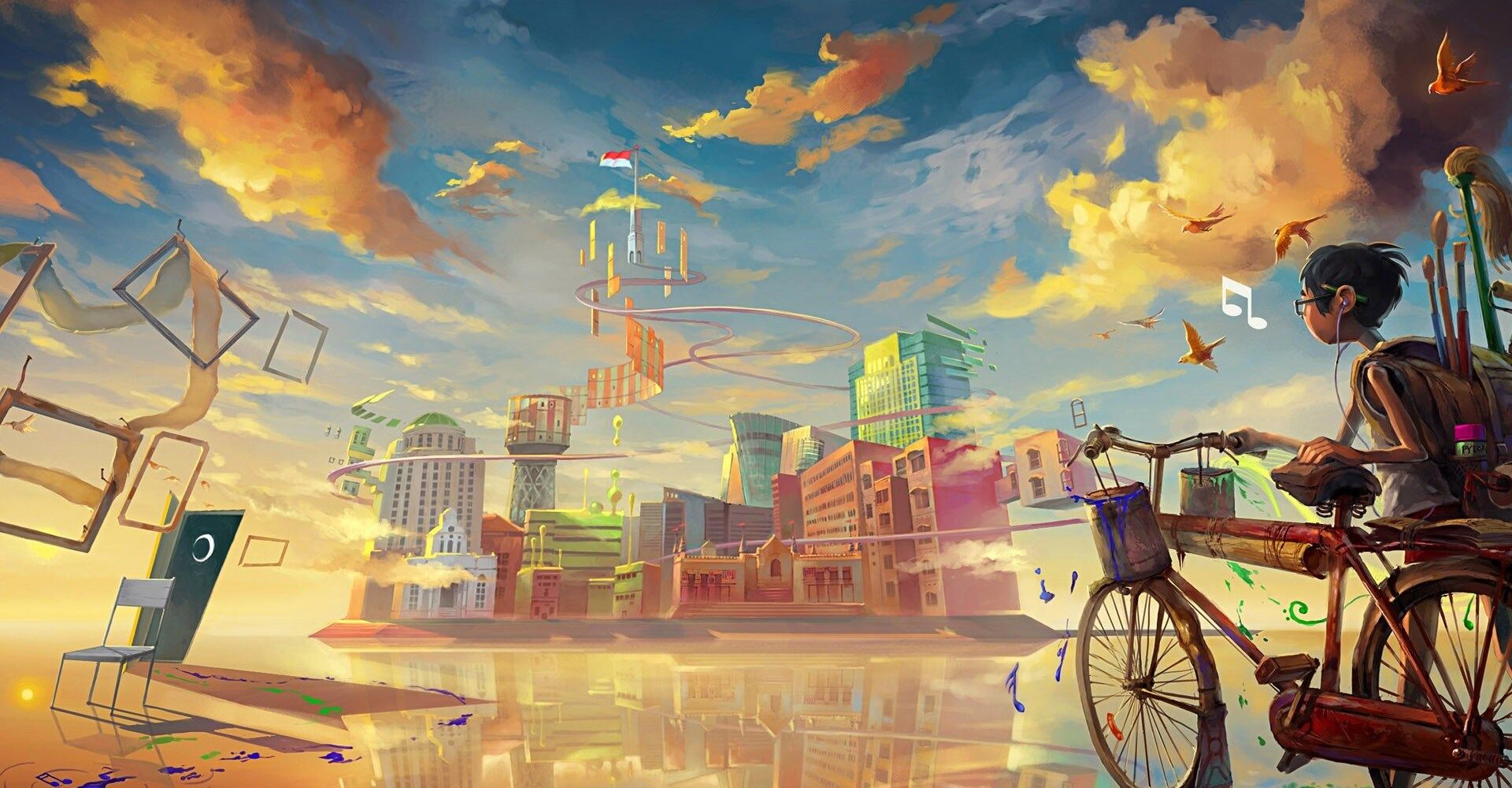 ‘Art is frivolous even when it takes itself seriously,’ says Francois Morellet

Two exhibits by Francois Morellet, at London’s Mayor Gallery and Annely Juda Fine Art, commemorate the 90th birthday of one of the major pioneers of postwar European art, who once characterized himself as the `monstrous offspring of Mondrian and Picabia’

Francois Morellet rose to fame as one of the founding members of the famous postwar art group Groupe de Recherche d’Art Visuel (GRAN). He has created works in a range of mediums, including painting, sculpture, and neon, as well as site-specific installations, during the course of his long career, always with the goal of “doing as little as possible.” Morellet’s systems are created through a combination of chance and a series of real and self-imposed constraints. He is a self-taught precursor of minimalism, kinetic, programmed, and light art.

Despite his antipathy to “personality” and emphasis on logical, geometric designs, Morellet infuses his works and writings with an uncommon lightness, as seen by his joy in wordplay, which returns a zany Dada silliness to the art world’s dominant high seriousness.

Angeria Rigamonti di Cuto: Your father was an industrialist, yet you grew up in a home that was open to all sorts of creative expression. Many artists face resistance from their parents, but it doesn’t appear like this was the case with you?

Despite his work as a high-ranking public official (he was a prefect) and later as an industrialist, my father, Charles Morellet, had a strong affection for artists, authors, singers, and painters and preferred to be continuously surrounded by them. My father, a self-published author and master of language and humour, inflated the value of artists and the grandeur of renown, inspiring and leading me along this path.

ARC: For over 30 years, you were an industrialist yourself. What was it like to have a dual identity as an artist (if you accept the word) and an industrialist? The two positions may appear to be antagonistic in an orthodox perspective, but I think this is not the case for you?

FM: I consider my double existence to be a stroke of fate that has allowed me to flourish in total independence, away from art schools and teachers whom I have always despised. It also provided me with financial freedom, allowing me to create and retain a significant number of works until I was 50 years old, when I was finally able to support myself solely via my art.

ARC: Your mainly self-taught education took place at the Musee de l’Homme, rather than at the institutions of fine art, of which France was a center of excellence. This piqued your interest in Oceanic tapa paintings, and the abstract forms of Islamic art you witnessed in Granada also had an impact. Was it the all-over geometric abstraction of these other art styles that drew you in?

FM: Yes, my dislike of school and teachers kept me from learning anything traditional, including a trip to the Louvre with my Lycee Charlemagne class. The Musee de 1’Homme was empty, displaying what was deemed “minor” or folk art at the time.

ARC: At the start of the Korean War, you spent a lot of time in Brazil. What influence did Brazil have on your growth?

FM: In reality, my visits to Brazil in 1950 and 1951 were just for a month and a half in 1950 and two months in 1951. Despite the fact that I liked the nation, notably the viva de vivre and casualness of Brazilian men and women, it was my connection with Almir Mavignier that sealed the deal, owing to the friendly network of European artists he quickly created after immigrating to France and then Germany. Ellsworth Kelly in Paris, Max Bill, head of the renowned Ulm School of Design, and Josef Albers, who taught there, were among them. Because I was stranded in Cholet due to my job, the interactions and friendships I was fortunate enough to have in the 1950s thanks to Mavignier supported me in my choices and work path.

ARC: It’s a well-known fact that many New Tendencies artists despised the 1950s’ “expressive” lyrical abstraction. You describe an entertaining recurrent nightmare you experienced in the 1950s, when Action Painting and Art Informel were at their peak, in which you would make image after picture “swimming in the syrup of Informel,” much to your disgust. What was it about that sort of art that you found so repulsive?

FM: Apart from the (in)formal feature of lyrical abstraction, the star artists of this postwar Paris hegemonic trend represented, in my opinion, the pinnacle of the mystification of the artist’s status: inspired, a genius who was a vehicle for a great beyond, a maker of “living” works.

FM: Aside from the (in)formal aspect of lyrical abstraction, the star artists of this hegemonic movement of postwar Paris represented, in my opinion, the pinnacle of the mystification of the artist’s status: inspired, a genius who was a medium for a great beyond, a creator of “lived” works, in other words, everything that made me break out in hives at the time.

ARC: As a founder of GRAV, you organized the Journées dans la rue, which were meant to enlist the active participation of the audience, which was one of the group’s basic beliefs. You mentioned that the audience’s involvement was stretched to its limits. A lovely program of one of these occurrences captures the fun atmosphere of the event, but can you expand on how passersby reacted, given the nature of these transitory events is far more difficult to maintain than a concrete artwork? Who exactly were these spectators?

FM: The onlookers at these Journées dans la street reacted in the same way as anyone else passing by would. Those in a hurry would pass by indifferently, while others would pause for a few seconds, taken aback by the circus, and a small group would stop to play with our ludicrous bricolages. In any case, it was a nice laugh opportunity.

GRAV put an end to these events in May 1968 when you competed in the May Events competition. In compared to widespread strikes, industrial and university occupations, and riots, did the neo-Dada works you were staging seem frivolous? Or were there any ties at all?

GRAV put an end to these events in May 1968 when you competed in the May Events competition. In compared to widespread strikes, industrial and university occupations, and riots, did the neo-Dada works you were staging seem frivolous? Or were there any ties at all?

FM: In my opinion, art is frivolous even when it takes itself seriously, and May 68 was more akin to a huge celebratory event than Russia’s October 1917 revolution.

ARC: You insist on humour as a significant, maybe even didactic value – you’ve been dubbed a “rigorous joker” [rigoureux rigolard] and were fascinated by individuals like Duchamp and Picabia, who possessed a sort of schoolboyish irreverence. However, true comedy appears to be difficult to accommodate in the art world’s fake high seriousness. The provocative movements of characters like Duchamp and Manzoni, on the other hand, seemed to elicit even more pompous criticism. So what do you think about that?

FM: My parents were quite social, and I enjoyed their company at dining table. “Monsieur Morellet, how I adore you!” said a Swiss-German visitor one day. Being serious takes a lot of effort for me, as it did for my father, even if, as my longtime German gallery pointed out, “With the prices your paintings bring, you should be more arrogant.” I’m well aware that my love for the ludicrous makes it difficult for me to be taken seriously in the art world, or in the world in general, but my physicians urge me to take it easy.

ARC: You appear to be fascinated with words, as seen by your use of homophonic puns, palindromes, and other wordplay in your works and titles. Some of them, like Charles Aznavour’s song For me Formidable, are even translinguistic, such as Free Vol. But you’ve also written a lot of texts on your work, which you collected in your beautiful anthology, Mais comment taire mes commentaires, and you wrote a text about an early piece, Sculpture à lire. Is it because it’s system-based – I believe the self-imposed limitations of Oulipo piqued your attention – or because you can use it to create jokes?

FM: I was a big fan of Raymond Queneau and Georges Perec, and I still have the original edition of Queneau’s Hundred Thousand Billion Poems, which has each poem written on a strip of paper that may be combined in as many different ways as the title suggests. Perec’s 300-page work A Void, written without the letter ‘e,’ together with Les Revenentes, written with no other vowel but’e,’ and his palindrome, a world record of 1,247 words, are, in my opinion, literary marvels. 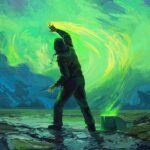 brings the past back to life in order to imagine the future!

Rachel Kneebone in an interview 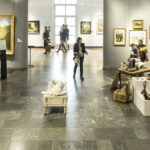