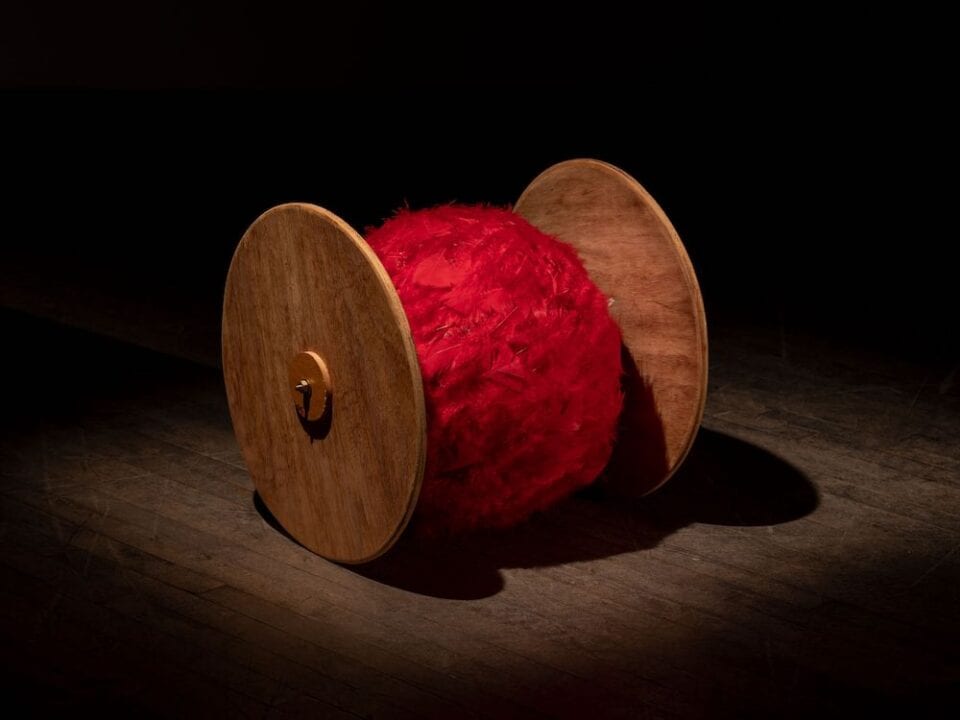 Pape rose to prominence in the late 1950s as a signatory of poet Ferraira Gullar’s “Neo-Concrete Manifesto.” Latin America was at the time one of the epicenters of the postwar Concrete art style, which favored a minimalist, machine-like precision. Pape had made significant contributions to the movement as a member of the Grupo Frente in Rio de Janeiro, most notably with her geometric wood-block prints from the 1950s.

These sculptures, on the other hand, deviated from the typical Concrete style by including organic and sensual gestures such as freeform lines. The Neo-Concrete movement splintered as a result of this strategy. Its foundational belief was that no artistic impulse can be felt or perceived outside of the body. This approach, influenced by phenomenology, foreshadowed many of the fun, performance-oriented North American art groups of the 1960s and 1970s. Pape was a great pioneer in his field.

Pape began to experiment with more ephemeral media, including as film and installation, in future years. She also included human bodies into her so-called “living sculptures,” such as Divisor (1968), and her gold and silver laced Ttéias (1978 onwards) gracefully followed many Neo-Concretism ideals. These pieces – one of which is on display at Hauser & Wirth – are made up of a succession of transparent, light-refracting volumes suspended between floor and ceiling that appear to flicker and shift depending on the viewer’s position.

During the military rule of 1964-1985, the artist developed most of his later work, which contained furious or funny political gestures. Pape’s technique, which was mostly subjective and physiological, allowed her to express a political animus, which was typically egalitarian and anti-imperialist. Although the intensely subjective, physiological bent of Pape’s technique allowed her to convey a political animus: typically from an egalitarian, anti-imperialist standpoint, this type of polemical energy is not generally linked with the high abstraction of concrete sculpture. Hauser & Wirth’s show is based on this point of view. 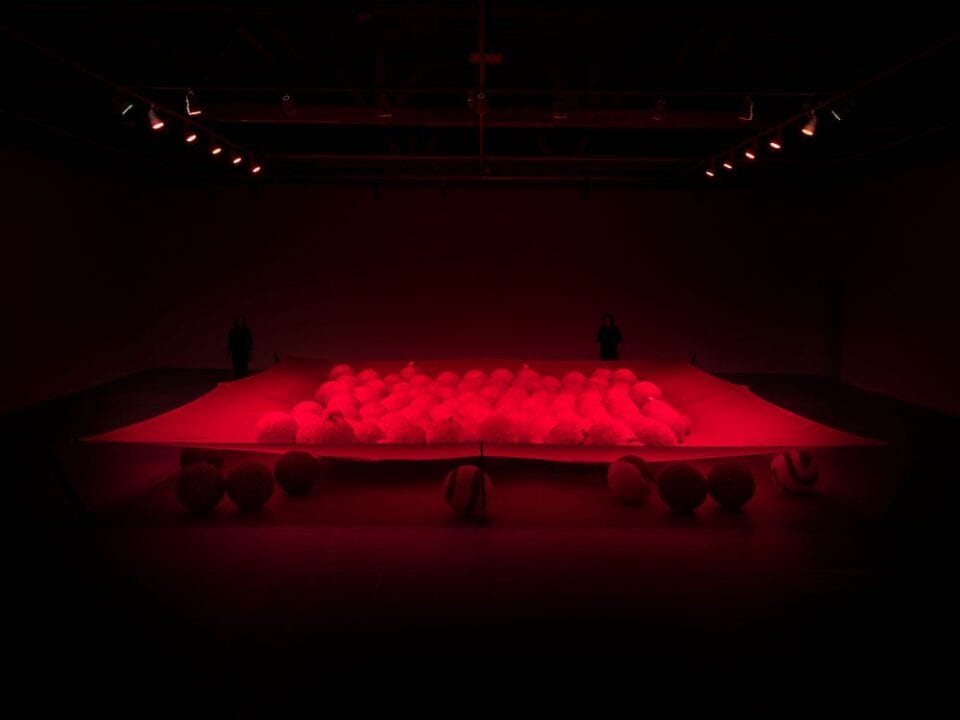 Pape’s late Tupinambá series (2000), a pair of abstract geometrical sculptures wrapped in bright red feathers, is at the center of the show. In a weird and gruesome mixing of abstract and representational art motifs, these awkward, almost comically gaudy structures – suggesting thrones, wheels, ceremonial cups – are covered with severed human parts.

These paintings, however, are also intertwined with Brazil’s colonial history. The Guará bird’s feathers are a sign of the historical Tupinambá ethnic group, whose population was enslaved, assimilated, or wiped out by disease beginning with the Portuguese invasion. The plumage would have been used to create garments for anthropophagy, a ritual form of cannibalism practiced by the Tupinambá. The Tupinambá consumed their victims, their opponent, not for the sake of hunger, as in cannibalism, but to ingest and assimilate the spiritual capacities of the other, writes Pape.

Oswald de Andrade (1890-1954), a Brazilian modernist poet, claimed in his renowned “Manifesto Antropófago” (“Cannibal Manifesto”) of 1928 that ex-colonial states like Brazil should digest the coloniser’s cultural heritage and feed them back in new and challenging ways. Since then, indigenous communities’ cannibal traditions (both actual and legend) have served as a rich source of metaphor for Brazil’s artistic avant-garde, especially during the Tropicália period of the 1960s.

The human limbs are both symbols of Brazilian cultural pride and signs of sympathy with imperially enslaved populations, as Pape’s allusions to this modernist-nationalist tradition are evident and explicit. Other elements, such as the cockroaches hidden in Manto Tupinambá (2000)’s red-feathered orbs, appear to represent the indigenous cultures’ ongoing influence on modern Brazil while also alluding to the dehumanizing discourse formerly used to explain their extinction. 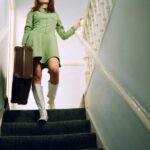 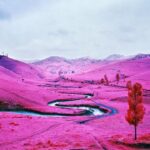