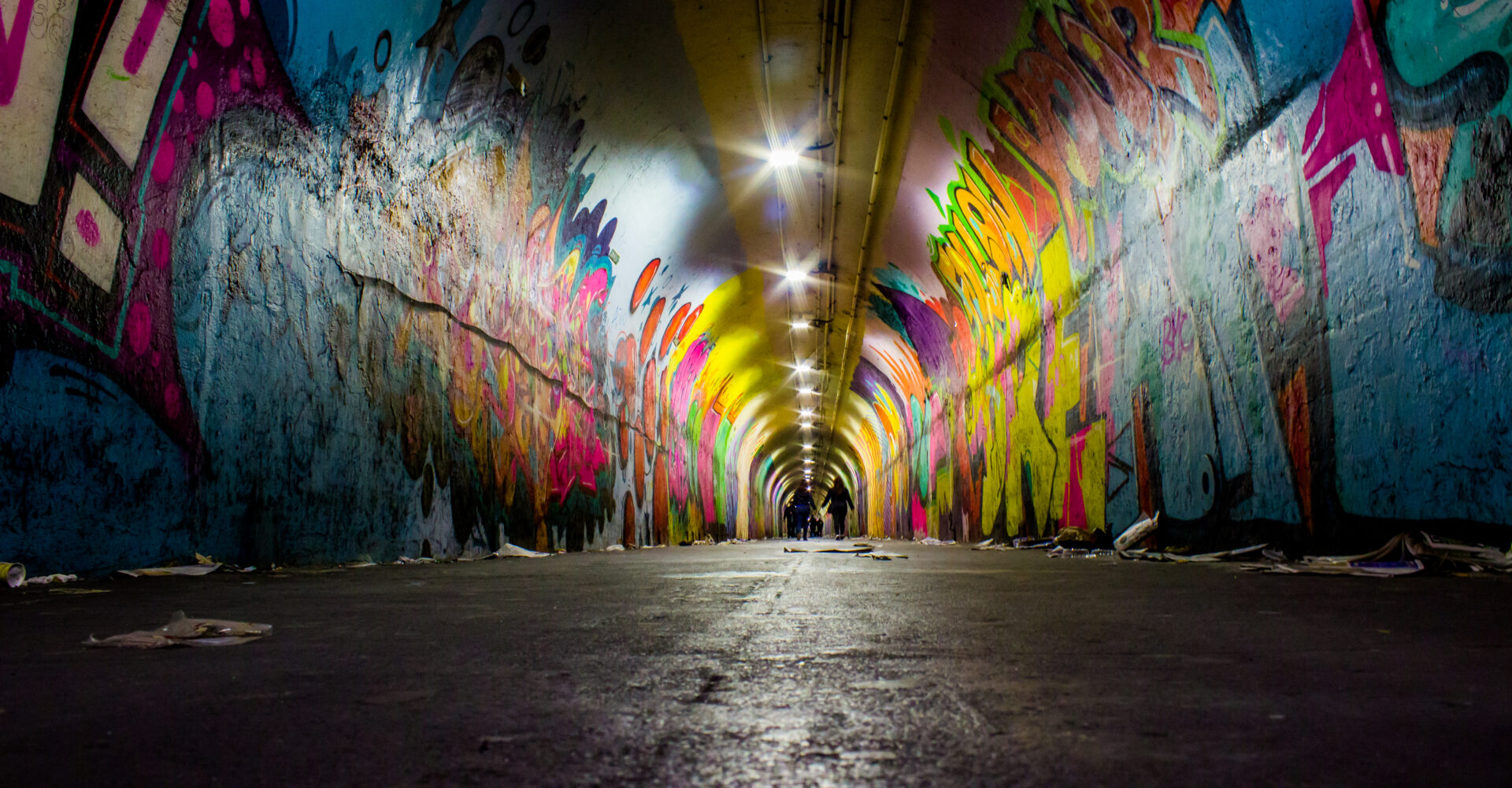 Graffiti; Art that was not seen much:

Graffiti or murals are those murals or paintings painted on the doors and walls of cities and public places for personal motives. This is illegal in almost all parts of the world.

Graffiti is different from handwritten inscriptions and memorabilia on the wall and is not specific to a particular age or economic class.

Today, more than any other art, Graffiti has been misunderstood and misused, and in many countries, it has lost its impactful and expressive aspect. The wall’s face is colorful and twisted (which is not empty of value) has been transformed. The misplaced and one-sided use of written jokes in video clips and the excessive propaganda of these media in attributing it to blacks’ protesting culture are also the main reasons for this lack of attention and underestimation, according to the “American Heritage Dictionary”. Graffiti is derived from the Italian word graphio, which means to make a quick impression or line, and the origin of the word may go back to “Graffiti” (writing with a metal pen) in slang Latin. [Graphion: writing (1) on the word’s lexical etymology has long been used to mean writing or engraving lines on the surfaces used. – “Handwriting” and “Theatrical Graffiti – Wall Inflation” written by artists This Graffiti style does not consider itself an artist but has a sofa to be introduced as a “Graffiti writer”.

Written Graffiti is divided into various styles, some of which are summarized below. But considering the history and reasons for its expansion and development in different societies, we do not discuss it much in this discussion. 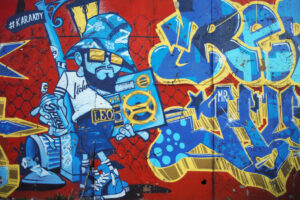 Tag:
A signature in a specific style, which is usually quickly painted in public places and on various surfaces.

Throw Up Troop:
A name or several letters whose perimeter line is filled with one color and the inside of which is firmly and rapidly filled with another color. This type of Graffiti usually does not last more than 2-3 minutes.

Piece:
Full colorwork that has been done many times and with careful planning.

Panel:
A painting painted on the outer walls of a train, or it is pulled along the highways. These artists’ work materials (who dislike the name themselves) are usually compact oil paint brushes: Magic and effective pens whose ink is traditionally made by themselves.

Spray paint cans and several caps to control the linear effect of the spray.

Theatrical Graffiti or murals
This art has found different types, reasons for existence and other uses in different countries and nations and has travelled in many ways.

One of the most important and memorable value roots of this art can be seen in the murals, the Mexican Revolution and the works of the three greats “Diego Rivera,” “Jose Clemente Erosco” and “David Alfro Sicueros (C. Cyrus).” Those who leave a Graffiti effect (written or dramatic) have different reasons for their work, and one of the most important of these goals is to express the impact that urban life has had on them.

The Graffiti artist takes things from the city and gives them back.

Like many art pioneers, graffiti painters use the real urban context to express and make an impact. In contrast, large corporate and bank advertisements and consumer products are widely used in billboards, murals, and on the bodies of public vehicles. The city is everywhere, Graffiti is a leading communication by the artist with a wide range of people as ordinary people and urban executives. Many people everywhere consider Graffiti an ugly and abnormal act and consider it a manifestation of anarchism and vandalism. 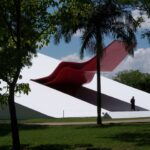 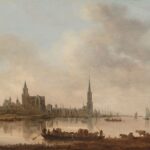