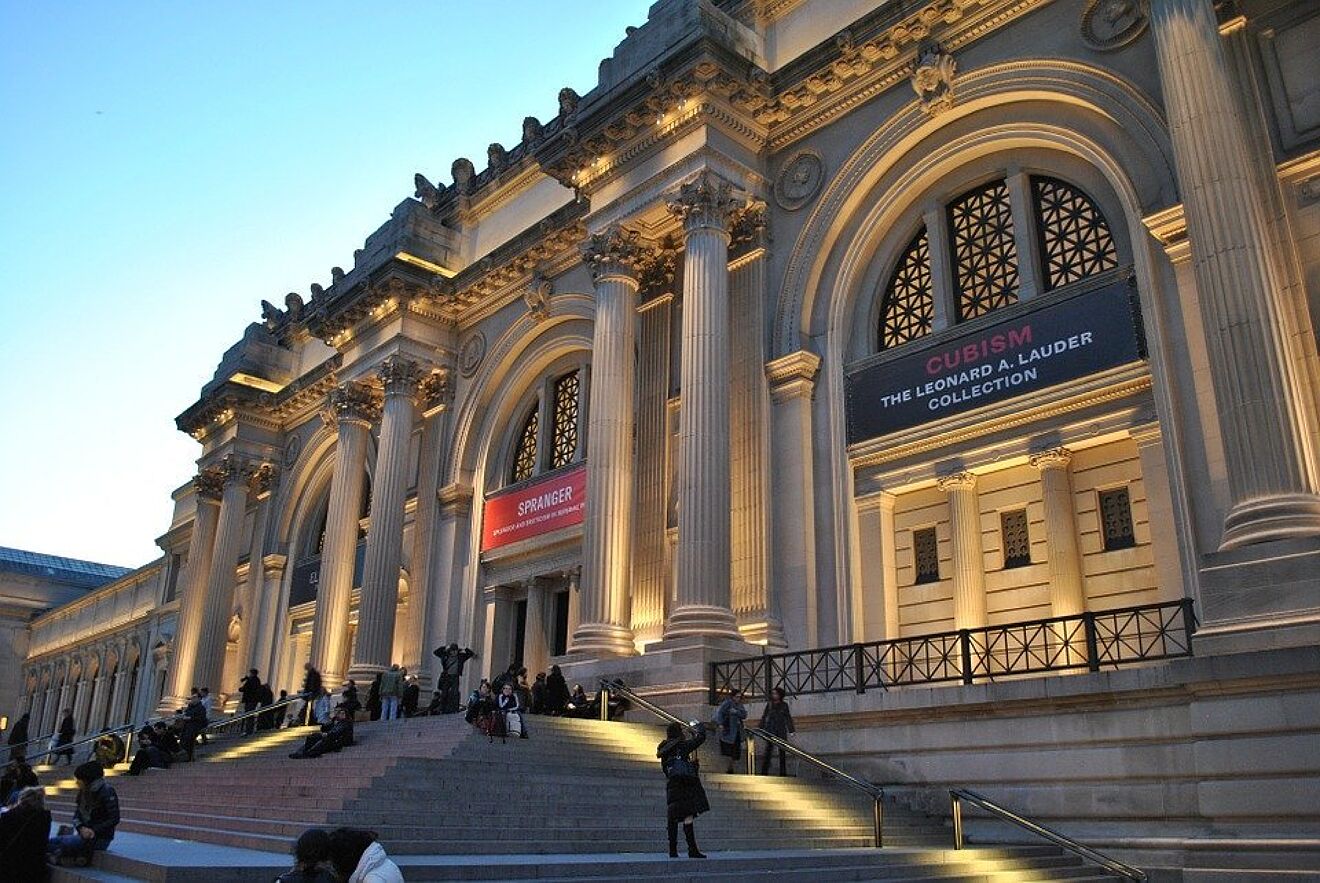 The family who made a great change in Renaissance Art

There is a long history of the art being used by society’s elite to solidify their power, but we can consider the Medici family as one of the most innovative people in this background. The Medici were considered as one of the greatest supporters of art in the Renaissance age in the 15th- and 16th-century. This important family signified their influence through using connections and also its members were friends with artists like Jacopo da Pontormo and Michelangelo.

The Medici brought the best artists to paint, sculpture, and chapel to achieve political purposes which helped them to flourish their wealth and made Florence the center of art. 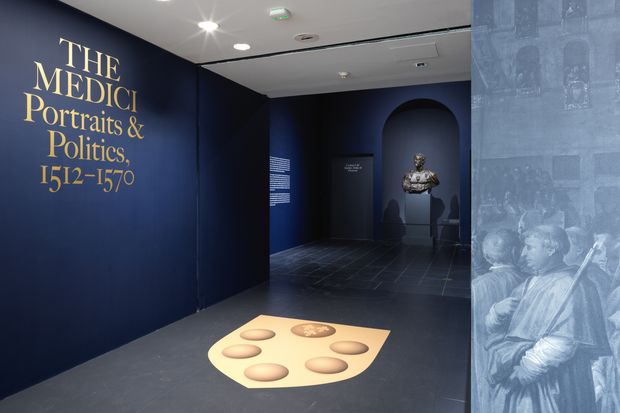 This museum which will be open on June 26, will focus on the Medici image which was created by Bronzino, Benvenuto Cellini, Francesco Salviati, and Raphael. This show refers to this point that using art for political purposes was important in that regard: portraiture. In this article, we are going to find political meanings behind four portraits of the Medici. 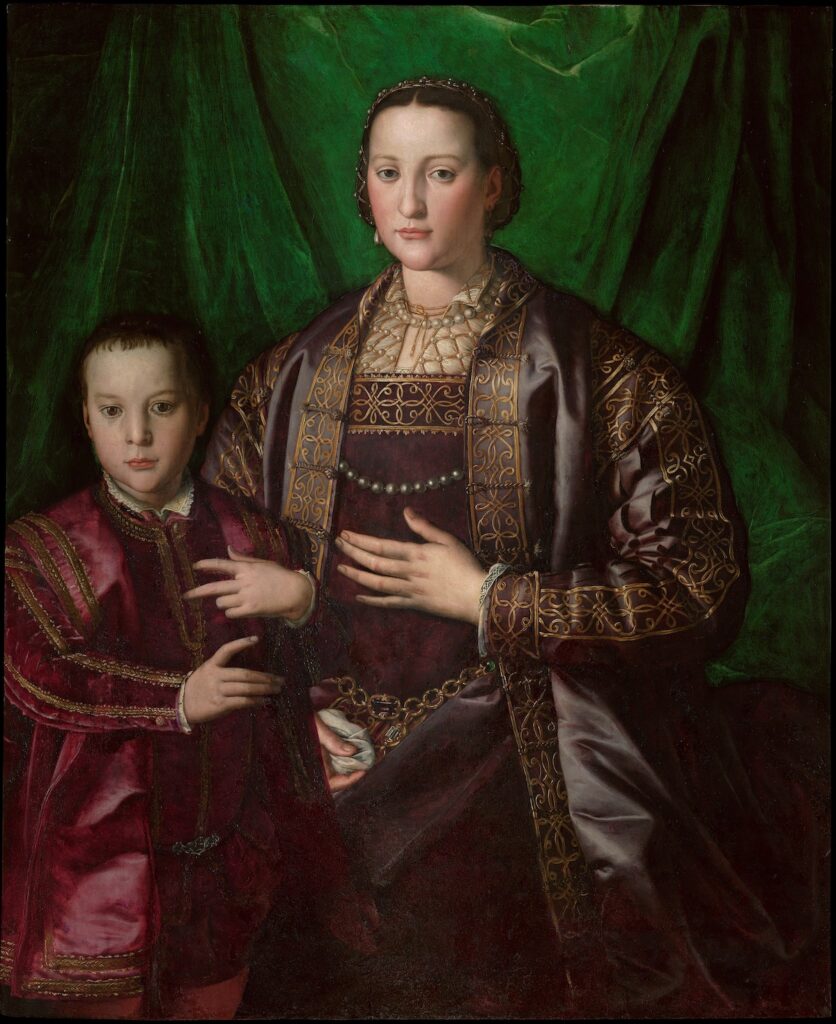 You can hardly find a picture of an individual, but in this portrait, Raphael pictured Lorenzo de’ Medici who married Madeleine de la Tour d’Auvergne in 1518. As her wife was a member of France’s royalty Lorenzo sent many gifts to this family. The gifts included Raphael paintings and a framed portrait of Pope Leo X was among them as well. In contrast to other paintings, this one was more straightforward and it emphasized Lorenzo’s hauteur. Raphael paid a lot of attention in showing the puffy red linens of his sleeves. 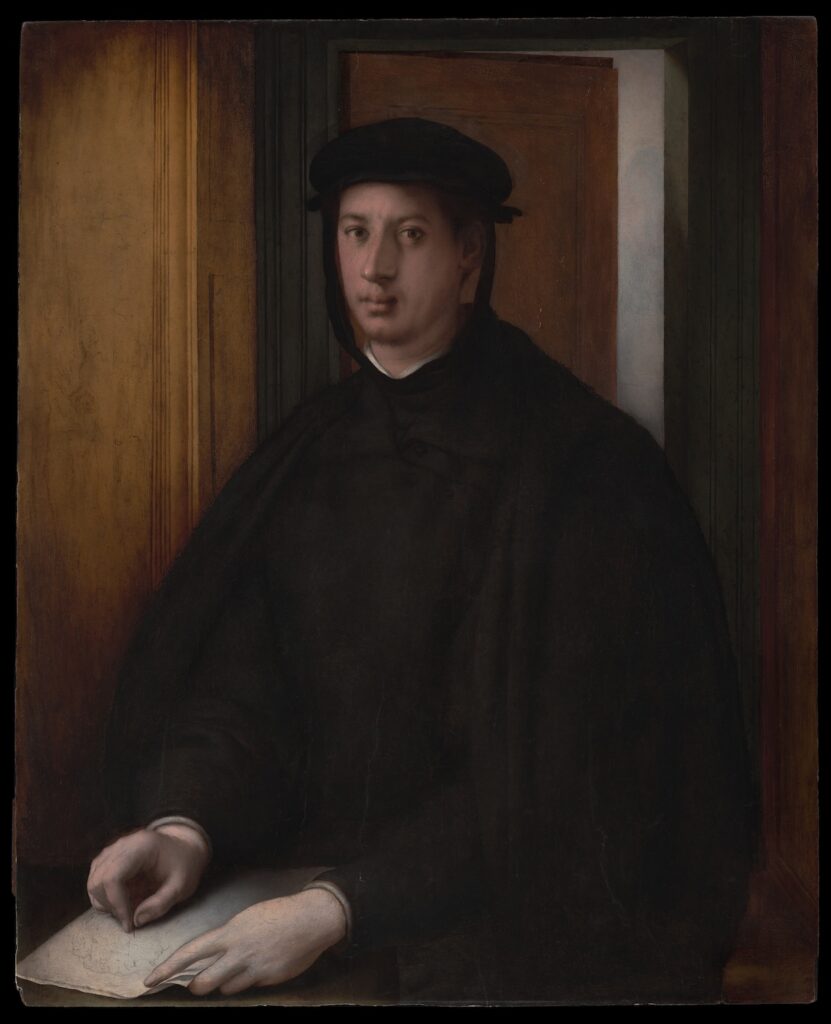 This portrait was drawn to fortify the image of Alessandro de Medici as a strong leader. The story is that Florentines hated Alessandro, so his close friend, Jacopo da Pontormo, pictured him in mourning attire as he is working in a dark room, practicing to draw something (in reality he had dark skin, making him the first black man who was head of state in Europe). 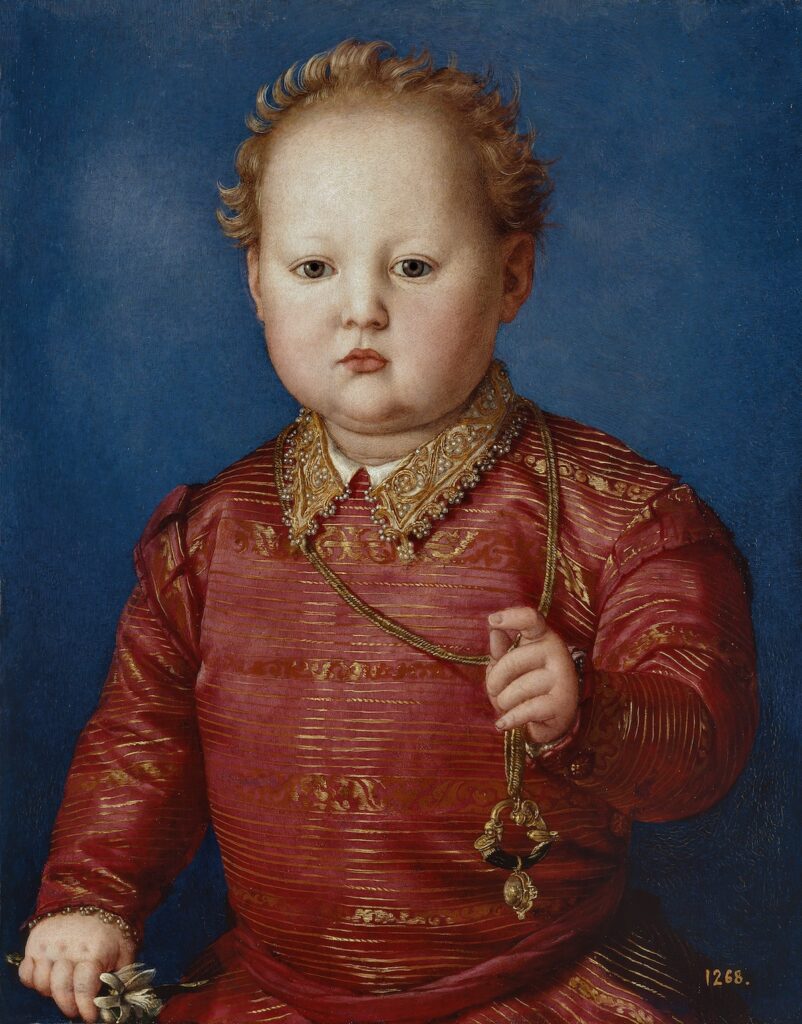 This portrait relates Cosimo 1 to Orpheus. In Greek mythology, Orpheus used his music to suppress all living things. Bronzino pictured him this way: he is standing next to Cerberus, which a multiheaded dog guarding the gates of Hades, and he is holding an instrument. In the right corner, you can see a fiery cell which is a symbol of the underworld, where Orpheus’s wife lives. Bronzino used the Orpheus myth because he wanted to reflect the current situation of Florence. Bronzino saw some similarities between Orpheus and Cosimo. They both had to silence people to dodge a crisis. Cosimo believed that pictures like this were needed to prove his capability for this job. This portrait was named Cosimo de’ Medici as Orpheus and it is located in the Philadelphia Museum of Art. This was his first portrait which was produced by him for Cosimo. This portrait which was produced by Bronzino and made him the duke’s preferred artist is considered as one of the most ambitious ones by Art historian Sefy Hendler. 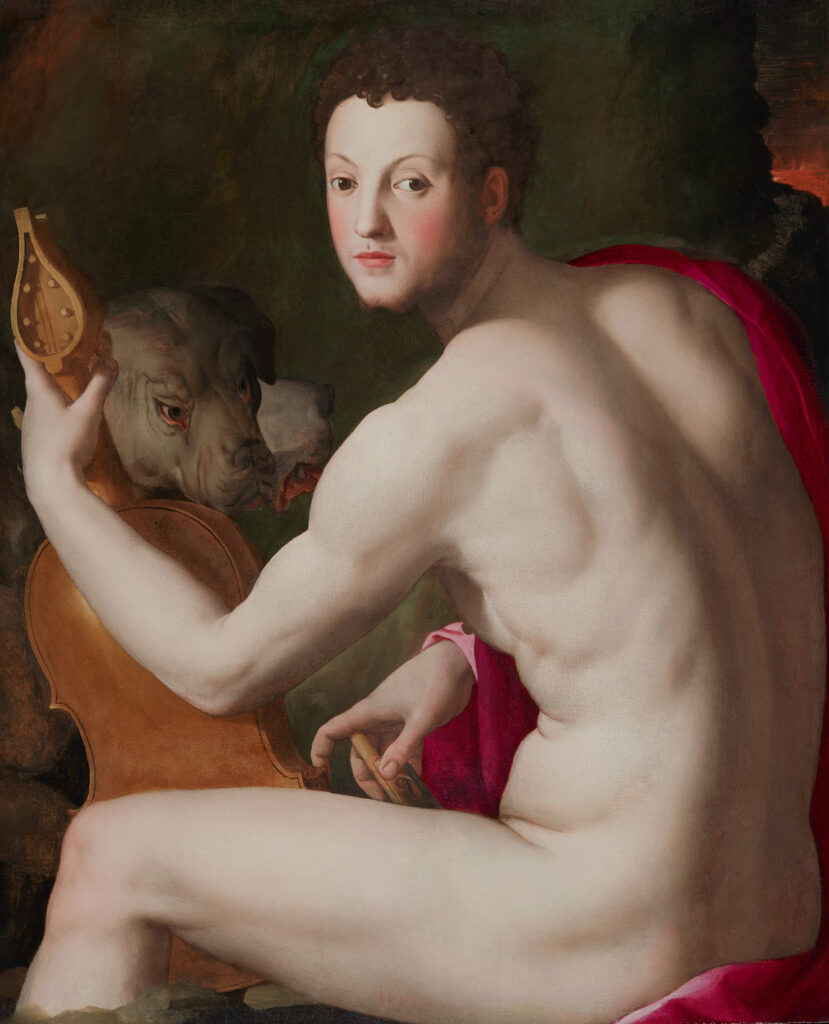 This is a detailed portrait showing Eleonora beside her son Francesco produced by Bronzino. Eleonora’s red drees contrast the emerald-colored background. This contrast made the painting alluring and jarring at the same time. This one also has its political meaning. It focuses on Eleonora’s fertility. He drew her eyes toward her son to point out the continuation of the Medici line. Her other hand which is placed near her stomach might refer to another child that will be born soon. According to art historian Elizabeth Pilliod, this painting builds a “‘brand’ image” for Eleonora. 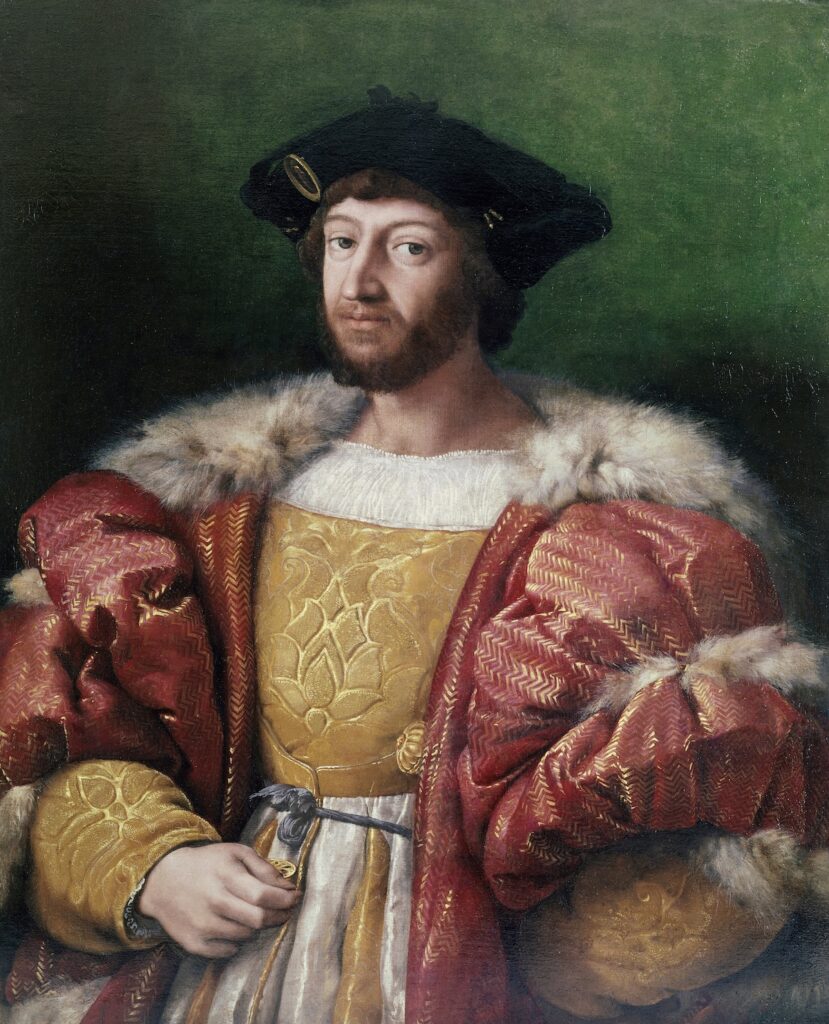 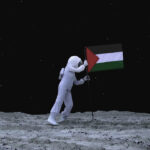 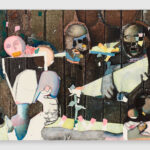